< Back to Adventure Walk Homepage

The Acushnet River was used as a dumping site to toss unneeded waste, such as mattresses, tires, garbage, and sewage.

All this was in spite of the fact that in 1904 the board of health closed the river to public usage like swimming and shell fishing. But despite the river being closed for public use, an Acushnet Company continued to dump toxic chemicals, which was a mixture of waste and re-processed tires.

In 1912 a new sewage line was built in hopes to divert the sewage. Some of this sewage was dumped into the already polluted river. There was some pollution and dumping halted and discontinued. This was because five out of nine needed pumping stations were built into the river. Later on in the 1920’s PCbs became known (Polychlorinated Biphenyls). These man made chemicals were invented by a corporation called the Monsanto corp. They created the chemicals to be used for electric motor coolants, transformers, and capacitors.

One of the reasons PCbs was never questioned is because it is odorless and tasteless. The stations for pumping weren’t resumed being built till the 1947’s. Sadly the companies responsible for the pollution we see today were still using the river as a dump site for their waste. This went on from 1939 till 1978 a corporation called Aerovox corp was dumping PCbs at this time into the Acushnet river still.

This would all change, when a scientist from Sweden discovered that they were harmful. Shortly after this discovery they were banned immediately by the Environmental Protection Agency (EPA). It was only banned for some uses in 1973, but when these toxins were discovered to be toxins they were banned for good. It still wasn’t till 1983 that the polluted parts of the Acushnet River would be designated as a superfund site by the EPA. This is the catalyst that started the government getting involved to try and save the natural resources that had been over time destroyed and polluted.

The post construction monitoring began in 2008. The results indicated an Increase in the species returned of River herring. According to the counts in 2013 there has been an increase In numbers around a total of 1870 percent. Over baseline conditions there was also an increase in Elver. These organizations ran various tests. They tested for water quality Analysis,Smelt monitoring,and Pcb’s.

These tests that were run were all considered steps to restore Healthy populations back into the river system. This is what we face today because our river and many organizations and communities are still fighting these toxins and pollution. Pcbs are now known to cause cancer in humans, and harm the wildlife native to the area. Even till this day the horrible legacy of pollution remains buried under sediment and in the air, Harbors and the acushnet river. One main reason for this was because of where the biggest factories were located.

These factories were the main cause of why for over 40 years local residents are banned from eating fish and shellfish from the river. Restoration is in progress and it is being fought for. But for now the acushnet river and Harbor still suffer from the tragic effects and history of dumping in the past, and sadly still too this day.   One upcoming project that is being discussed along the river bank is to use goats to eat the naturally invasive plants and weeds that have overtaken the riverside. This plan has been discussed so that we can reclaim the riverbank from the invasive species that have been allowed to overgrow there.

Another restoration project taking place is the acushnet river dredging project by the EPA. The EPA superfund program is working to remove cancer causing (polychlorinated biphenyls) also known as PCB’s from the harbor and the lower Acushnet River. This project began in 2004  and according to the organization it is almost back to restoring the river’s natural state. Another recently reopened and restored project is the Sawmill, a former industrial yard on the acushnet river that has been turned into a public park.

This project is closely followed by the protected wetlands and riverbeds that provide a crucial factor for the wildlife that live there.

Archaeologists have teamed up to find artifacts left by the Native American tribe called Wampanoags.

Hundreds of years ago The Wampanoag Tribe Hunted and fished alongside the Acushnet River.

Since that time period The Wampanoag Tribe has since left the area.

But evidence that they lived there still remains hidden along The Acushnet River banks.

The U.S. Environmental agency began to clear the area  of PCB’s, working alongside the U.S. Army Corps of Engineers. The Archeologist began to search through the surrounding area for the Wampanoag artifacts left there.

Along The Acushnet area well known sites remain, where these Artifacts were left buried.Some  were found along Coggshall Street Bridge North,and The Acushnet River Bridge (Wood Street).Once the archeologists discovered the Native American Artifacts they were then cleaned and given over to their rightful owners, The Wampanoag Tribe Of Gay Head Aquinnah.

If Enough Artifacts were found at one of these local sights, the EPA would then consider deeming the sight as an excavation, These sights were nationally registered under HISTORIC PRESERVATION.

While Their mission is to clean up the polluted sites and restore them, they also want to consider and acknowledge the rich cultural interests and artifacts that envelop the area.The EPA has since then been protecting and trying to clean the area, because of the known contaminants that threaten the health and state of the Acushnet area.

The Acushnet River, commercially, is the great object of interest to the inhabitants of New Bedford and Fairhaven. Our river takes its rise near the south shores of two of the MiddleBorough ponds, Aponeqwuet, or LongPond and Aquitticaset about ten miles from NewBedford, and for some distance on its course is known by the humble name of Sequins Brook, So called from the Watusi Paquin, a noted sachem of the Nemasket or Middle Borough Indians.

The river remained Unobstructed until it reached The NewBedford and Fairhaven bridge. The river increases from there in breadth until it empties out into the Harbors formed by an arm in the sea which make up Buzzards Bay. To The Native Americans that lived there, the river was a great source of livelihood, and not just livelihood but of pleasure also.This is because of the vast abundant variety of clams,scale, shellfish, scup, bass, and quahogs. that have resided and still  reside in the water. At one time The Native Americans lived all along the river, and even still to this day their cultural footprints still leave traces in the Acushnet banks and river. 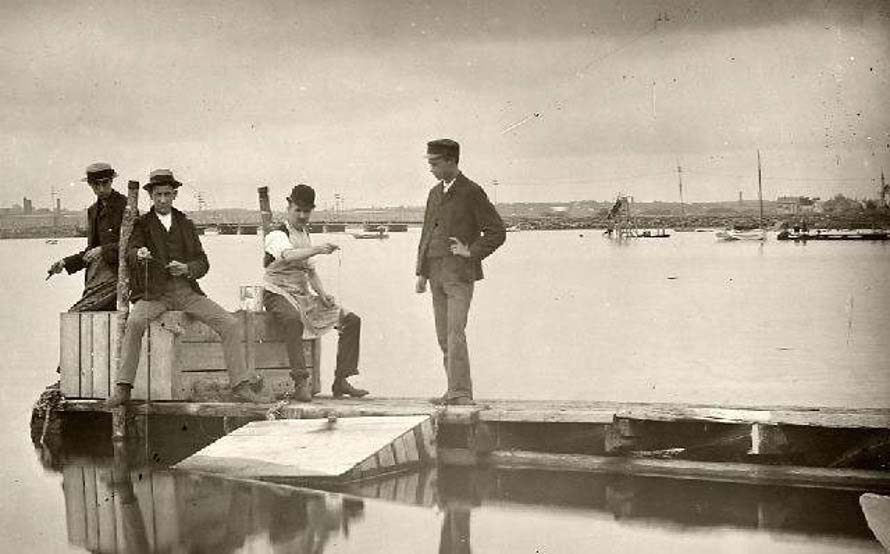 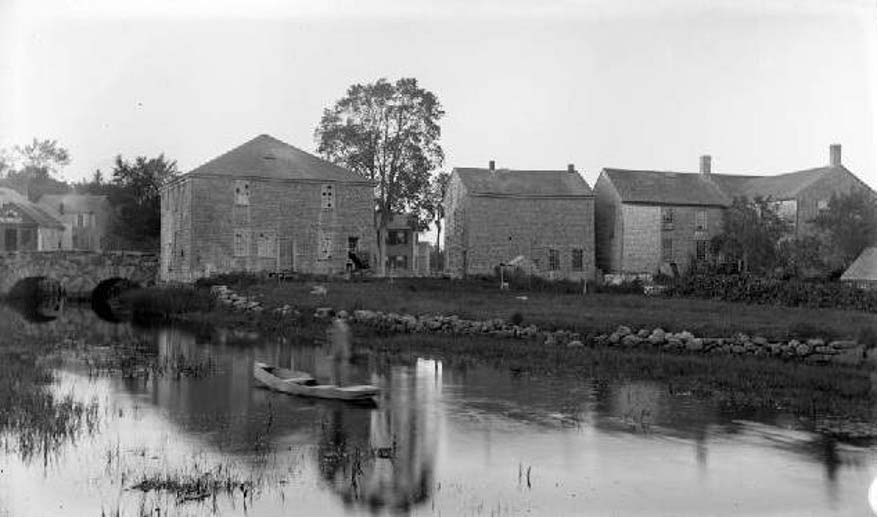 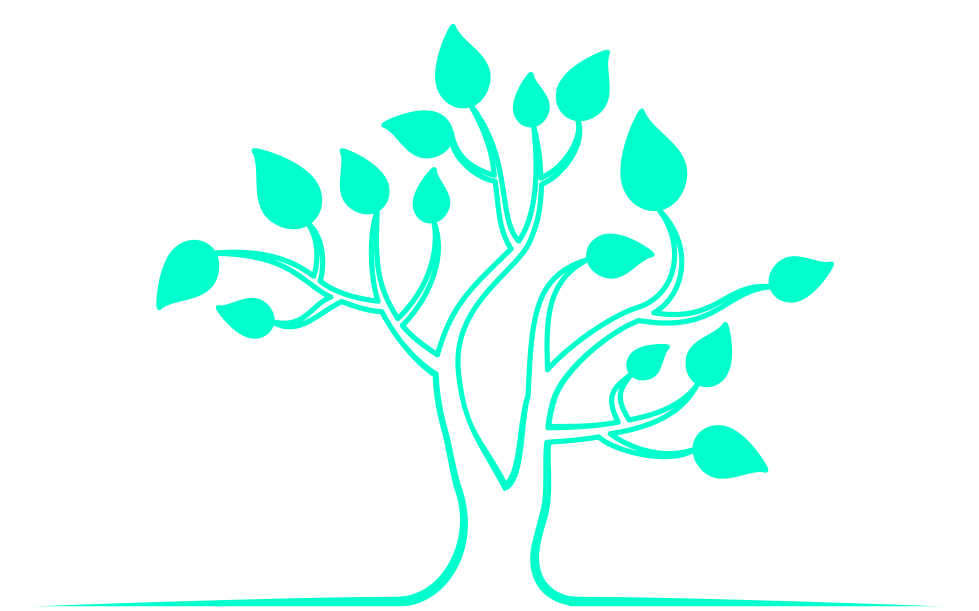